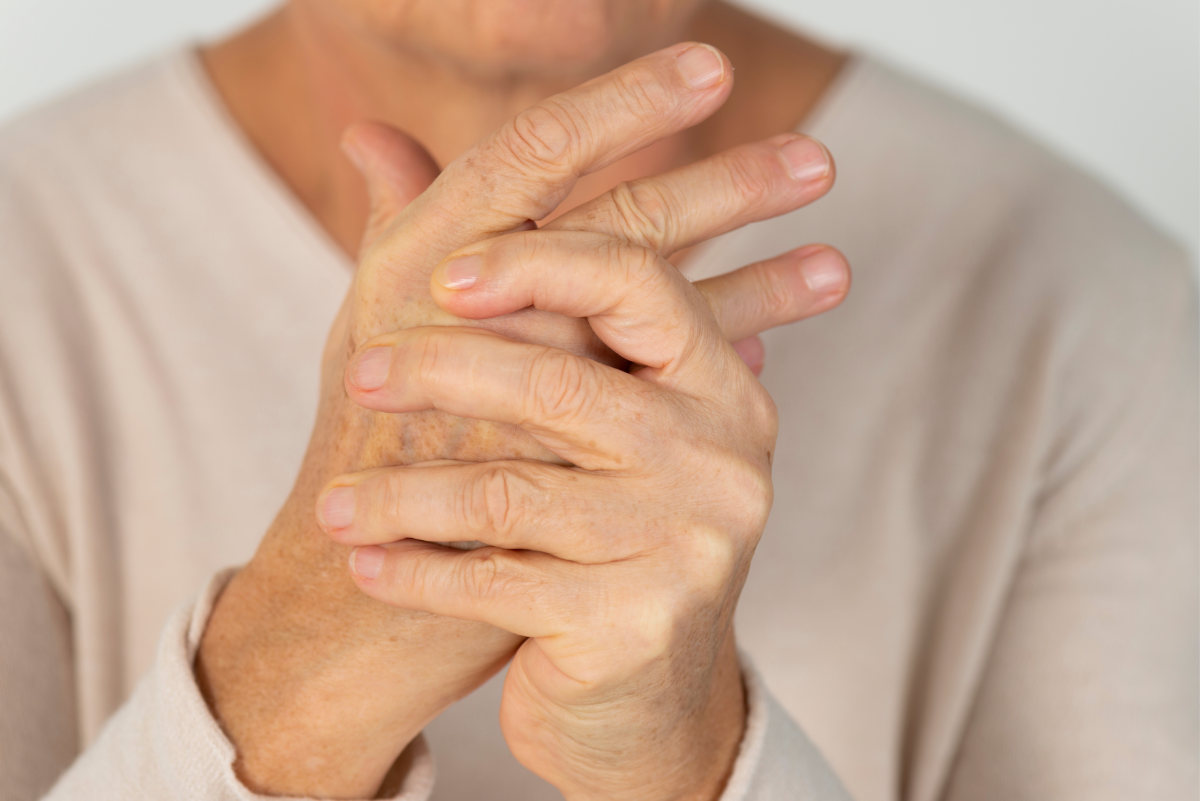 We’re sure that by now, you’ve heard how the condition of your mouth can affect the rest of the body. The phrase “oral health is the gateway to general health” is used by dental clinics across the country. It’s a nice catchphrase, but how often do you take the time to ponder exactly what it means? Lately, there has been some buzz in the medical community about the correlation between gum disease and arthritis. You may think this link sounds like a stretch, but there has been evidence to show that keeping your gums in good condition can help to reduce the risk of developing arthritis. But what are the symptoms of gum disease? And if you have it, can you reverse it? Let’s take a look at these topics and more!

What Are the Signs of Gum Disease?

Gingivitis is very common in the United States. It is caused by a host of things, including poor dental hygiene, smoking and even hormonal changes. Healthy gums should fit tightly around the teeth, feel firm and be pale pink in color. If you are on the path toward periodontal disease, you may notice some of the following symptoms:

You may also notice that there is pus around the gum line indicating infection. And in severe cases, it can effect the bone and you may suffer from tooth loss. If periodontitis is left untreated, it can lead to a host of health problems.

How does the health of your teeth and gums relate to your overall systemic health? Basically, it all boils down to two things:

Bacteria – If you are not habitually brushing and flossing, you give the bacteria that live in your mouth time to attach to your teeth. Allowing it to stay on the tooth surface for too long can cause it to turn into plaque. Plaque is a sticky film that begins to form on the teeth anywhere from four to twelve hours after you brush your teeth. If plaque is not removed regularly by brushing twice a day, it turns into a calcification called tartar. Tartar is extremely hard and can only be removed by your dentist. It’s also filled with bacteria. It’s been theorized that the mouth can act as an oral reservoir of sorts, allowing that bacteria to enter into the bloodstream and carrying it to other organs inside the body.

Inflammation – Inflammation is the hallmark of both the early stages of gum disease (also called gingivitis) and advanced periodontal disease. If you have chronic inflammation in the mouth, this can cause inflammatory markers in the bloodstream to increase, forcing an immune response from the body.

How Can This Help Prevent Arthritis?

A study completed by Johns Hopkins University took a look at growing evidence of a link between oral health and certain autoimmune diseases, including rheumatoid arthritis. This is not a new theory. In fact, Hippocrates is noted to have suggested pulling teeth to cure arthritis back in 400 BC! Autoimmune diseases are often due to an excess of inflammation in the body, which can often be traced back to periodontal disease. Another study released at the end of 2016 theorized that the bacteria that cause periodontitis can trigger the same inflammatory response as in patients that suffer from RA. Overall, patients that suffer from RA should focus on keeping their gums healthy as much as possible. This will help avoid additional inflammation, extra load on the immune system and help maintain good joint health.

The Growing Link Between Gingivitis and Other Diseases

It’s not only arthritis that can be affected by poor oral hygiene. The Surgeon General of the United States released a report in the year 2000 about the status of oral health among Americans. This report also recognized that there was a definite correlation between periodontitis and other diseases such as diabetes, stroke, and heart disease. Since then, more and more studies have been done suggesting that good oral hygiene can reduce the risk of developing these diseases. While much of this evidence is observational, The American Dental Association agrees that avoiding any form of gum disease can only have good implications on one’s overall wellbeing.

Can Gingivitis Be Reversed?

If you’ve noticed the signs and symptoms of gingivitis (bleeding gums that are red or swollen), don’t despair! As long as there has been no infiltration into the bone resulting in loose teeth or tooth loss, good oral care can make a big difference moving forward. One of the first things you should do is make an appointment with your dental provider. A dentist will evaluate your current condition and recommend the best course of action. Treatment usually revolves around eliminating any infection surrounding the tooth. Patients will be required to brush their teeth twice a day and make sure they are flossing every day as well. Your dentist may recommend that you stop some habits such as eating too many sweets or smoking as part of your treatment.

People should be aware of the seriousness of gum disease. It’s a common problem. However, if you practice good oral care at home and listen to the advice of your dentist, you can rest easy knowing that you’re doing everything you can to keep yourself in good health.